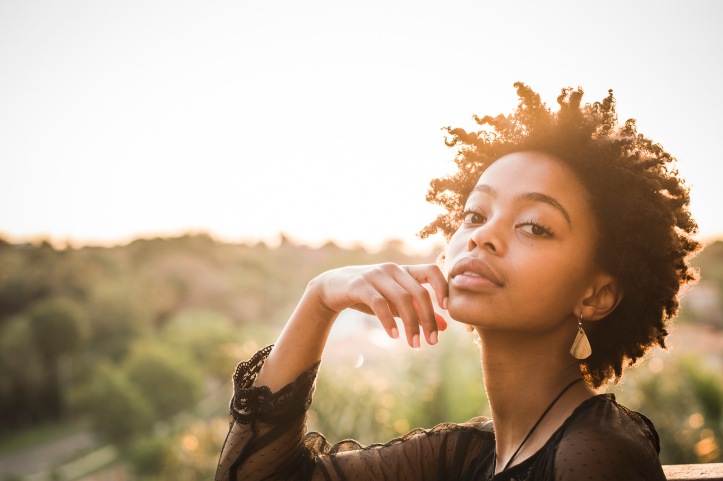 The way in which we identify with ourselves and with one another is often expressed through writing, and even though we don’t know the extent to which our impact goes, we are shaped by what we share. One such experience was reading a blog called, Smells Like Freedom…

Meet Refiloe Mofokeng, a 21 year old law student and writer. Who describes herself as fierce and vibrant. Throughout this interview you’ll read about potential, self expressionism and spells of black womxn which is how she reiterates her freedom and power in her choice of feminism.

When she speaks on what feminism means to her… Refiloe identifies a lot with being a young womxn, she greatly emphasizes on her experience as being a young black womxn in South Africa. She mentions how she is constantly preoccupied with crafting a space that affirms her right to be. In her own words, she says “Feminism has shaped how I see and interact with the world, feminism introduced me to myself.”

With someone so young and on a journey of self- actualization one quickly wonders what influences someone like her to steer the direction of her life and career into the field of law, and we quickly realize that that this young lady has been steadfast on this journey from a much younger age. Refiloe recalls that, back in the seventh grade during career day she decided to dress up as an advocate.

In the role she hopes to play within the law… Having had to make a speech back then about why she picked being an advocate, mentioning how her whole speech revolved around helping others. That is what still remains deeply rooted in her, that she wants to help and shape the lives of people through the law. Refiloe strongly affirms by saying,

“I want to play a role in creating a society that protects and empowers marginalized groups and values fundamental human rights above all else.”

On what inspired her blog… Having found herself with challenges in her early years of university, along with varied other societal issues like #FeesMustFall and misogyny, right down to issues with mental health. Refiloe says that it was during this time that she realized that the voice a of young womxn in this country was silenced. All these issues that she was now aware of, gave rise to her starting to write on her blog. She says, that she needed an outlet for her thoughts, and a place where her lived experiences weren’t invalidated. The blog has since grown to be a medium of uninterrupted self expressionism, a platform for educating others and she completely welcomes its growth as its author.

On how she correlates her writing with feminism… mentioning that, Smells Like Freedom wasn’t always meant to be a serious space. That’s why her writing is so conversational and relatable. She admits that a lot of the times, people who write on feminism write with a lot of jargon, and things can get lost in translation but she understands and acknowledges the importance of these tough words that deal with highlighting tough issues.

Refiloe wants her writing to drive engagement on her blog, and on matters of feminism. She want to continue challenging the status quo in this way.

On what being a feminist means to her… The core of her feminism is dismantling all systems of oppression, but more specifically patriarchy. For her, feminism is about creating spaces for people to exist freely without fear or threat of violence.

” My feminism is a critique on a society that teaches womxn not to get raped as opposed to teaching men NOT TO RAPE.”

On her future plans… she mentions that in the future she will dedicate more time to share her work of activism by writing more on her blog. And of course, highly determined to complete her law degree mentioning that she has cried far too many times to not get her LLB. Following which, Refiloe intends to pursue her Masters Degree in Law. Along the road, she has hopes to start a nonprofit community organization that will equip young women with the education and knowledge of bodily autonomy and consent.

She says, “my most important project is myself, I am working towards creating the best version of myself by tapping into my potential and manifesting everything I want to achieve. I am in pursuit of self actualization as a black womxn.”

In closing, we asked her what it is like being a young, black female in South Africa… Without failing to mention the power and beauty of Black Girl Magic, she highlights the current struggles of young womxn in this country. She says it feels like being stuck in an existential conundrum with the country having one of the highest rates of femicide in the world.

“Young black womxn constantly have to prove themselves, be it at school or in the workplace, we always have to go the extra mile just to feel like we belong” she says. Refiloe encourages womxn to break away and create their own spaces to exist freely in, noting that it won’t be an easy task but it will be well worth it in the end.

Excited to see what this young womxn does with her future and career. Learning comes from different mediums and through her blog and words today we better understand the potential of young womxn in this country, as she is a great example. Thank you Refiloe for taking the time to share your thoughts with our platform.