When the time came to start working on our “Youth & Influence” campaign I knew I wanted to get a chance to talk to Mimi Mvakali. I had been following her on social media for a few years and I found her to be very relatable. Real Life Gold, as she is affectionately known is an Admitted Attorney, Entrepreneur and Fashion Influencer.

Her tweets included struggles with law school, to finally graduating and sometimes she was very vulnerable about her own personal life.

I was glad when she replied to my email immediately and was keen to grant us this interview. Here, she tells us what she is currently doing, how her business came to life and how she is ready to step into a space she has come to occupy as an influencer…

Telling us about herself… Mimi was admitted as an attorney of the High Court in November last year, 2017. This year, she says that she has decided to further her education and pursue her postgraduate qualification all while still figuring out in which direction her overall career path will take. She is very determined to make sure that she doesn’t end up feeling trapped along the way in a job that will make her unhappy, so she is constantly trying to curve an equilibrium of all her interests to bring her full career satisfaction. Her interests include environmental law, sustainability, fashion and the influencer market.

On her role as part of the Creative Bar… She begins by telling us that she is one half of ‘The Tailors’, which is the fashion aspect of the company. The Creative Bar aims to give the African creative a legal personality. She goes further to share with us that it is a 100% black owned female agency, and she was particularly interested in that. Telling us more about The Tailors, that it is focused on the African fashion industry in particular and the blog aims to aid and awaken people in the fashion industry on ways to legalize and monetize their work.

When we asked how her law qualification correlates with her being an influencer… She reiterates the fact that she isn’t particularly an influencer in the strict sense, in that she is yet to solidify herself as one. However, with the experience she has had in the influencer market very often the lawyer in her pops up when it comes to terms of agreement between her and the brands she has worked with. She needs a paper trail, so she asks for a memorandum of agreement. Mimi says it is important to protect yourself in this way in case a brand or company you’re working with fails to fulfill their obligations. Many a times, she has witnessed this in the influencer market here in South Africa, whereby people aren’t being paid or not being paid their moneys worth by these brands. She says, ‘I feel that there is an uneven bargaining power that needs to be addressed and corrected as far as possible. ” 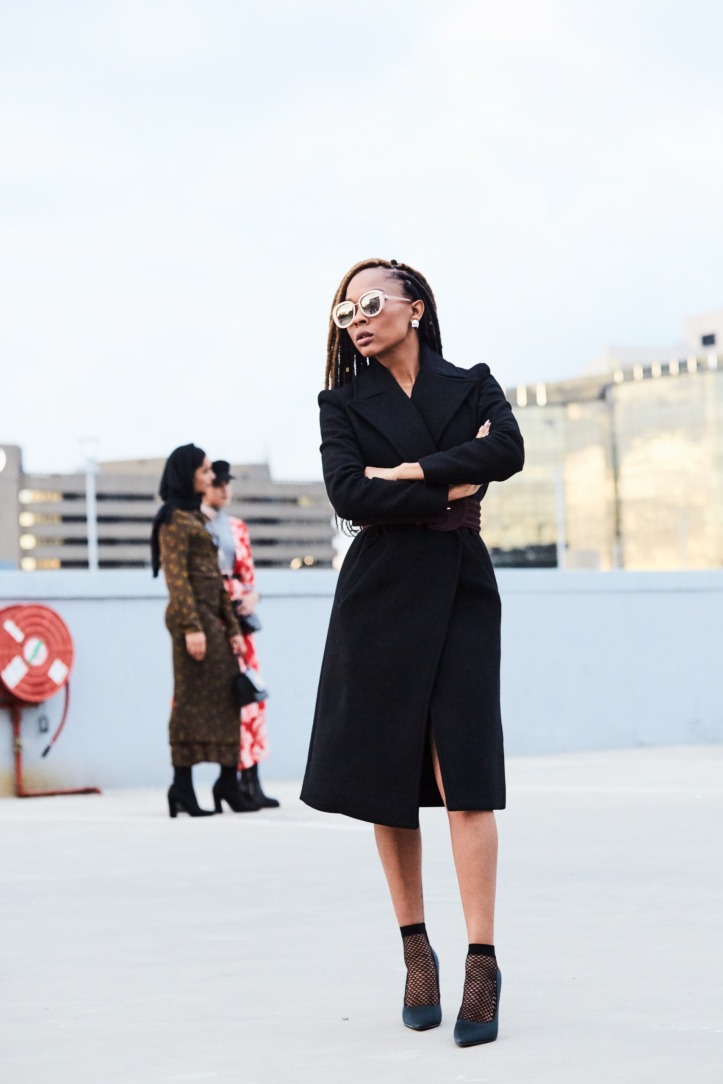 Mimi is also the co-owner of Beret Influence. So we asked her what influenced her to go into owning a fashion brand.

How it all came to pass… Not failing to mention that it was a spontaneous move (many legendary companies were born this way) she made with her cousin, fashion designer Lerato Moloi the company has proved to be a game changer for her. Fashion, as a business, she says… Is something that she was going to leave unexplored or eventually would have pursued it at a much later stage in her life. “I am very happy that I made the move at this juncture, I have many ideas and there is still momentum so it is best that I take full advantage of the resources I have at my disposal.”

From what I remembered following her on social media, Check out Mima (@RealLifeGold): https://twitter.com/RealLifeGold?s=08 I knew that she expressed her emotions often by writing. Asked her if she still wrote or how often, Mimi says she hasn’t written anything in years.

Influence and occupying that space means that a lot of people tend to have unsolicited opinions on your life but more positively it gives one a chance to talk about other important things and having an audience means helping someone else even when you aren’t aware of it. That’s what Mimi’s vulnerable tweets did for me, she would often tweet about her struggles and I could relate. So I asked her about mental illness and its challenges when in law school or otherwise.

When asked how she educates herself as an individual on mental illness… says, mainly through dialogue. “My greatest source of information on mental illness has been people who are living and dealing with it. Although I recognize that no two cases are the same, it helps to talk to people in similar situations.”

At the end, asked how she deals with the pressure of everything she has going on, Mimi admits she is no hero… Saying that, to be honest she has never handled pressure very well. “I do not buy into the superwoman narrative – trying to do it all is exhausting.” She admits to often crying and resorting to complaining about everything, but says its important for her to mention that because no one wants to hear that but knows that it is true not only for herself but many other people. It may not be inspiring, but it is her truth she says.

“I am coaching myself to take things day by day, it is the only way you can survive.” Well, Mimi really is a force to be reckoned with, authentic and doing all that she is, she is a lot stronger than she realizes because giving up is way harder than trying and we are influenced and inspired to work on our life and career goals through all the pressure and come out of the other side, just like she has.